Anachronisms
I call this series Anachronisms. It groups a collection of streetphotographs I took in Paris, in Italy and Berlin, in the period between 2012 and 2018. It is a very personal approach to the places where I lived. A look for glimpses of the past. A series about the notion of time, the presence of the past, the timeless, repetition and immobility: things that never change, even if everything around them has changed.
I used to walk kilometres, dozens of it, each day, everyday. I used to go and seek anachronism in situations, scenes, people. Reminiscences of a certain time, real extracts from old times. Proofs that different ages and realities coexist... 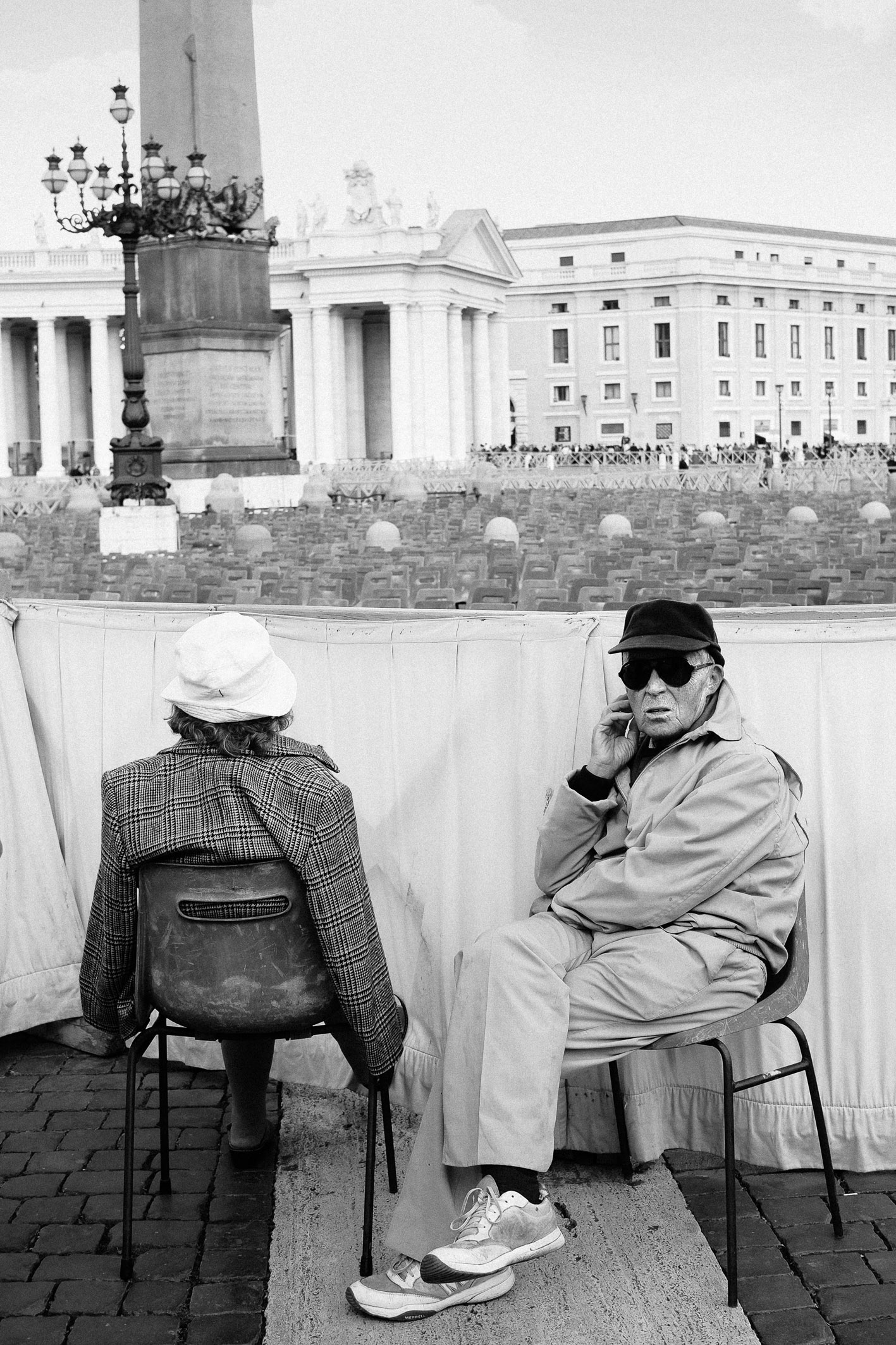 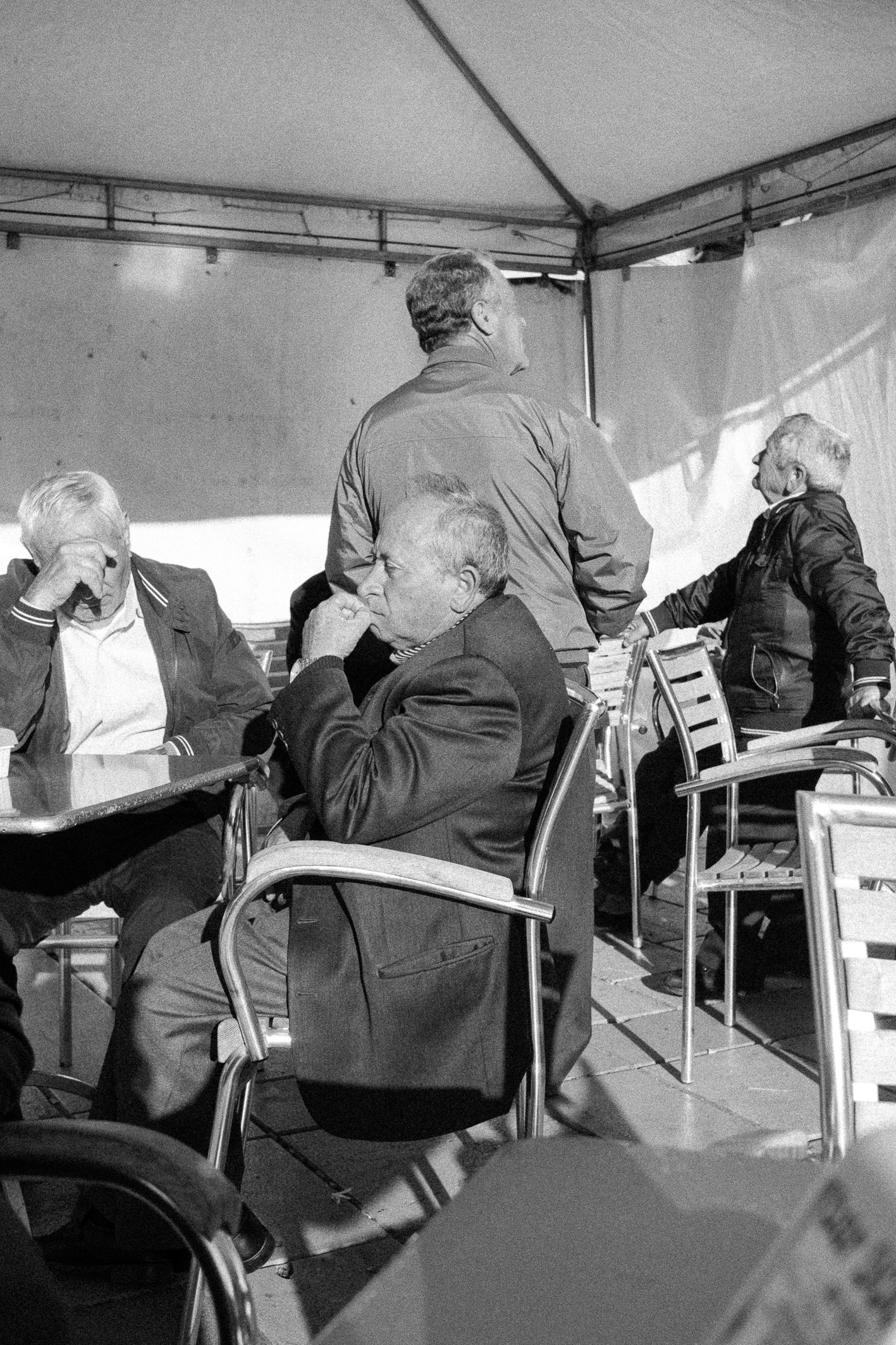 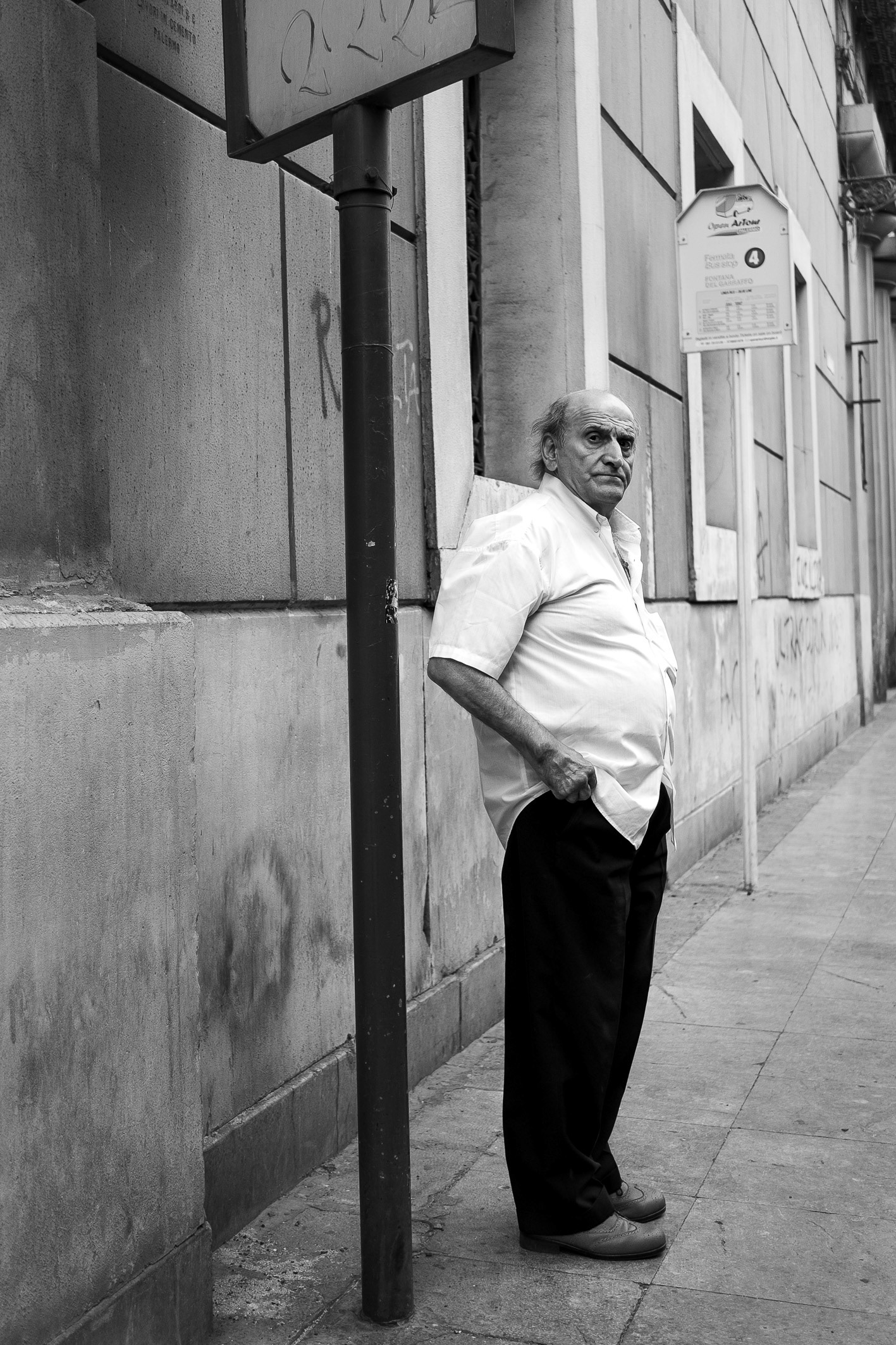 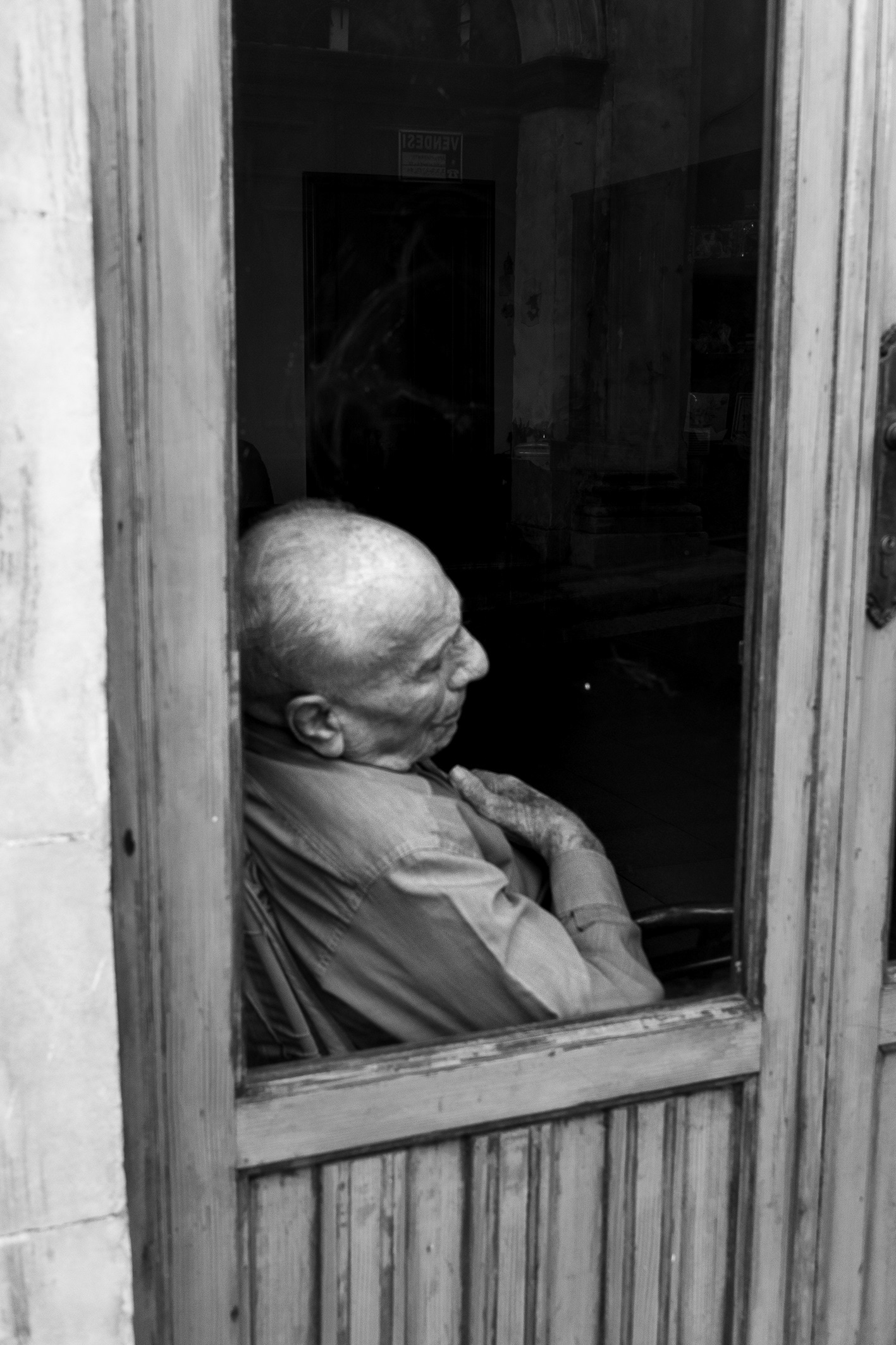 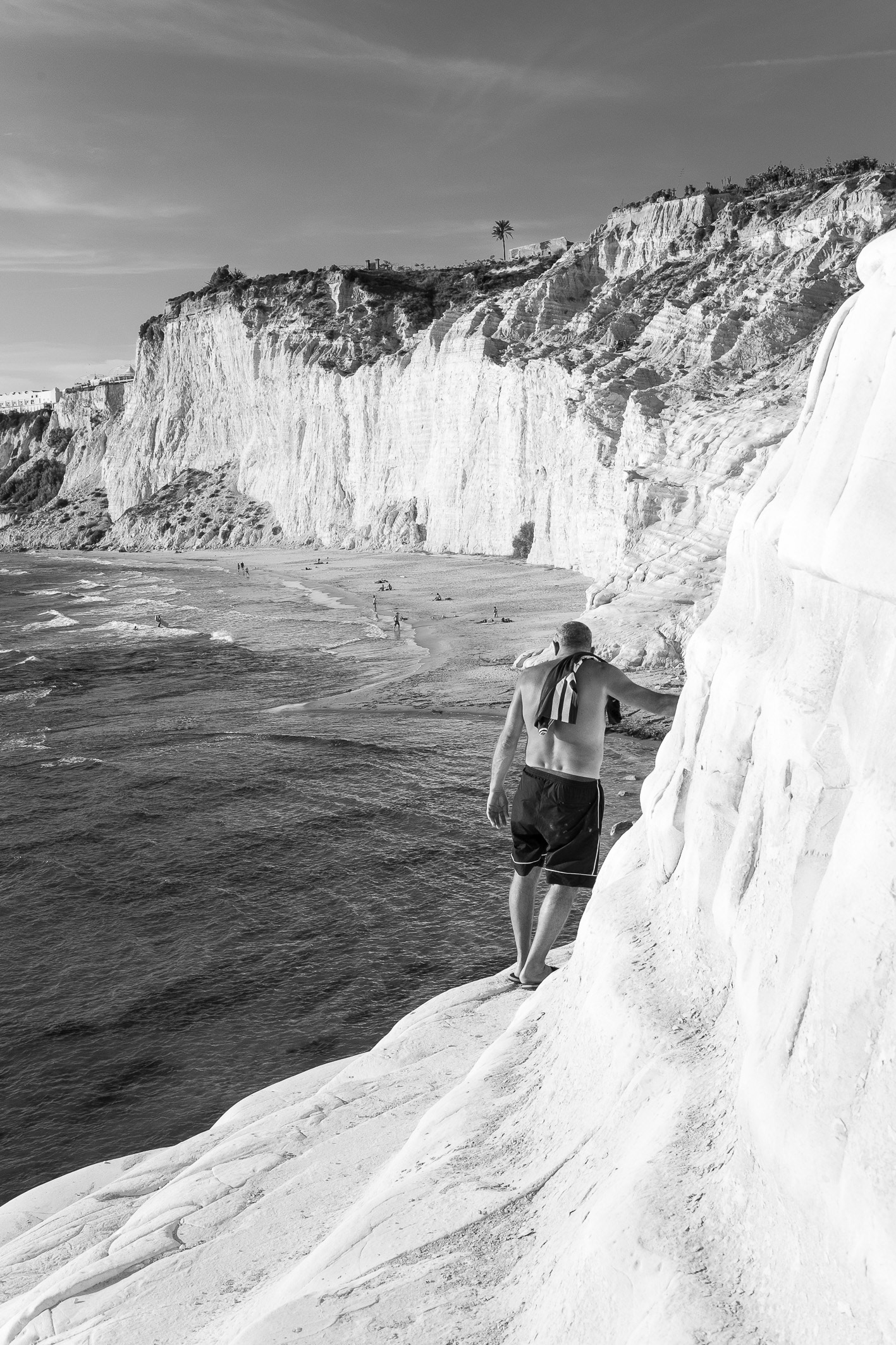 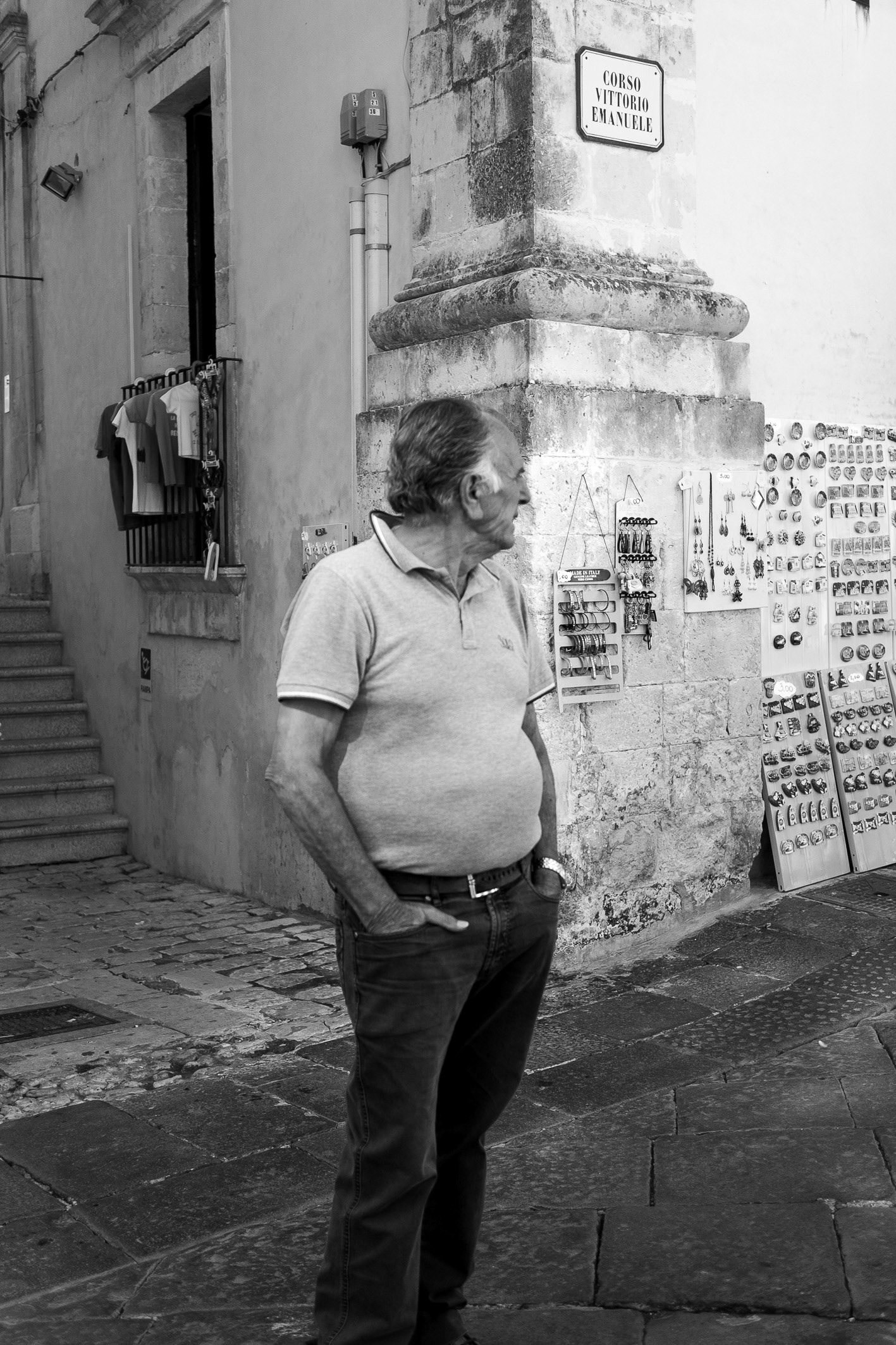 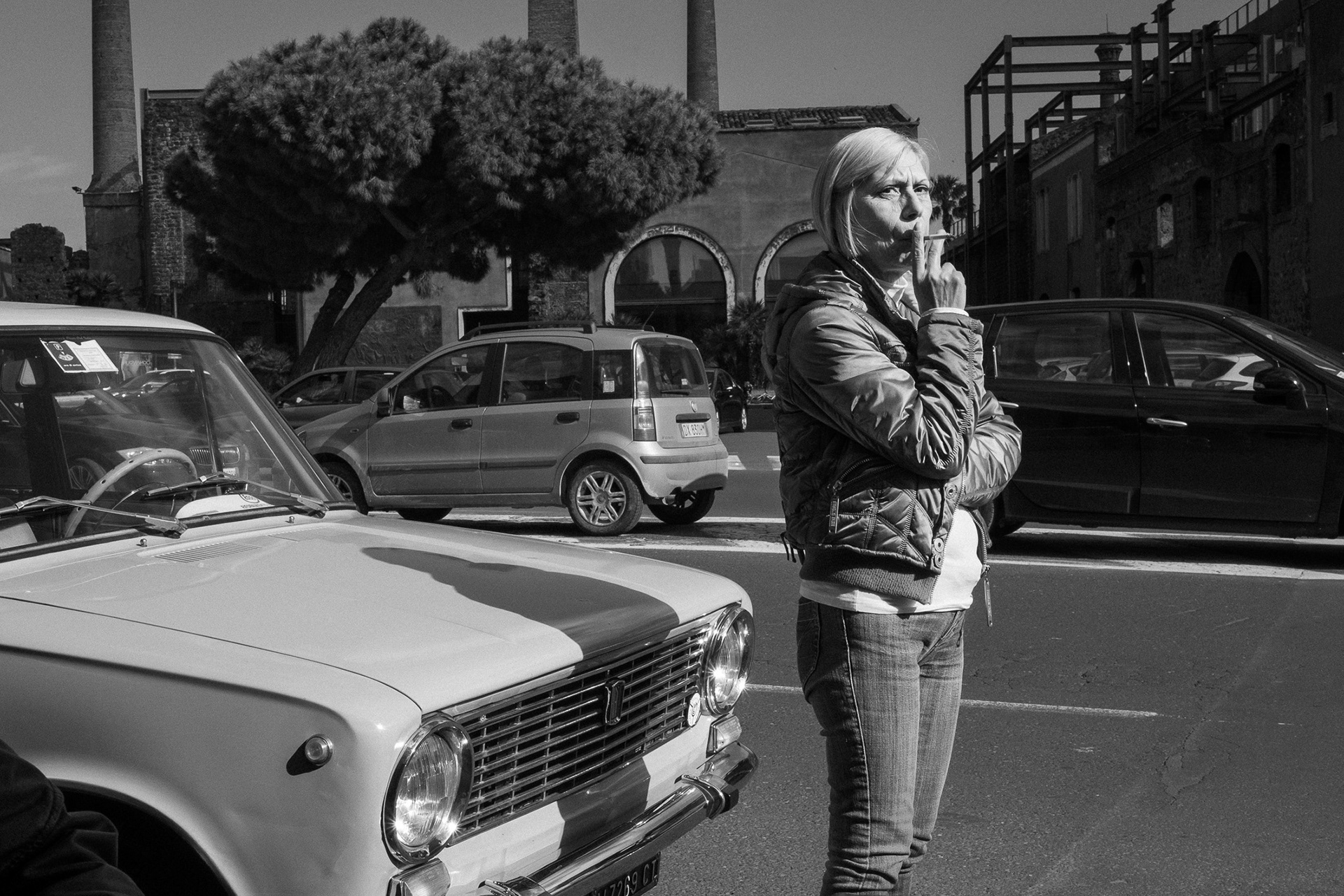 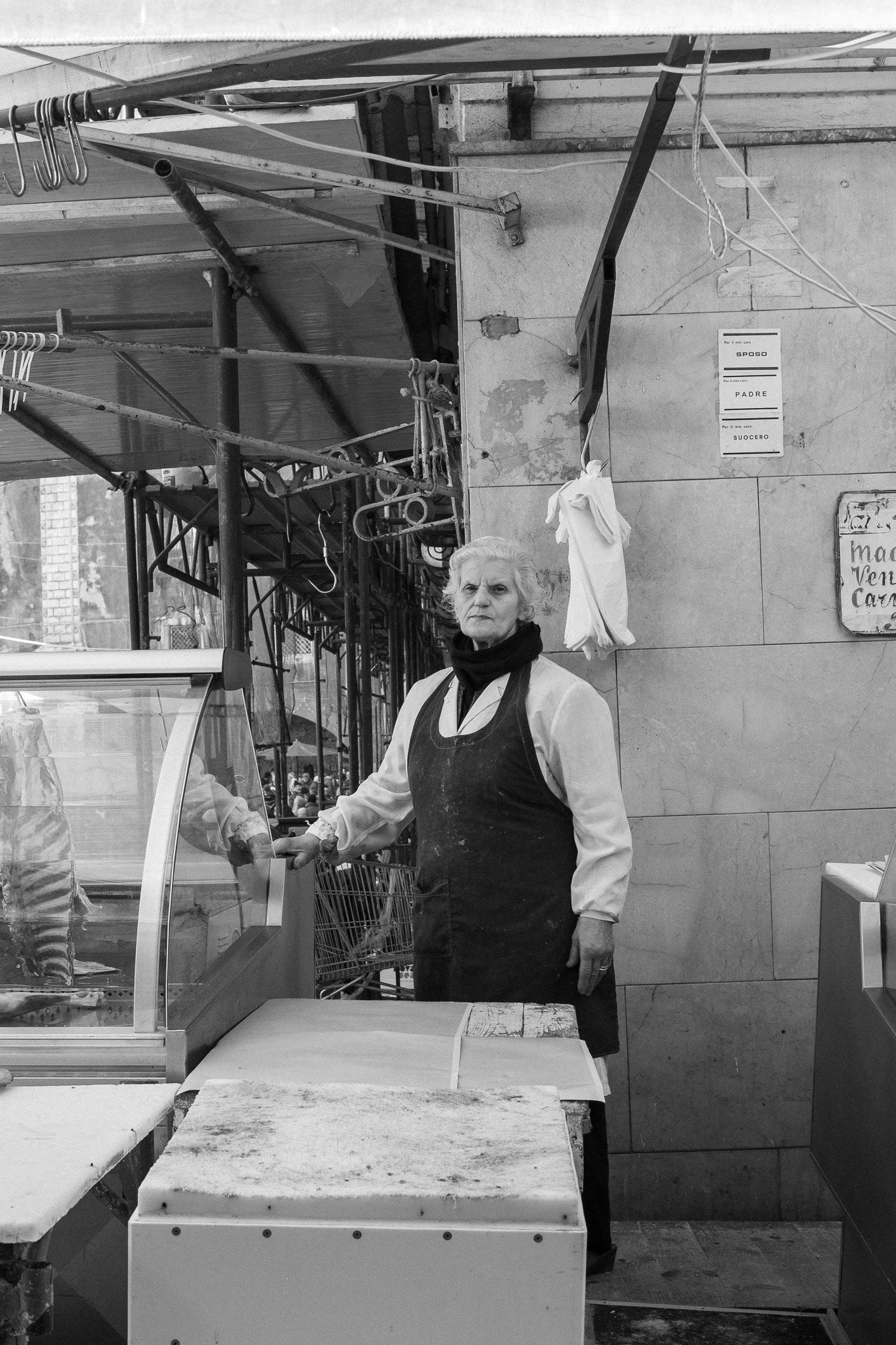 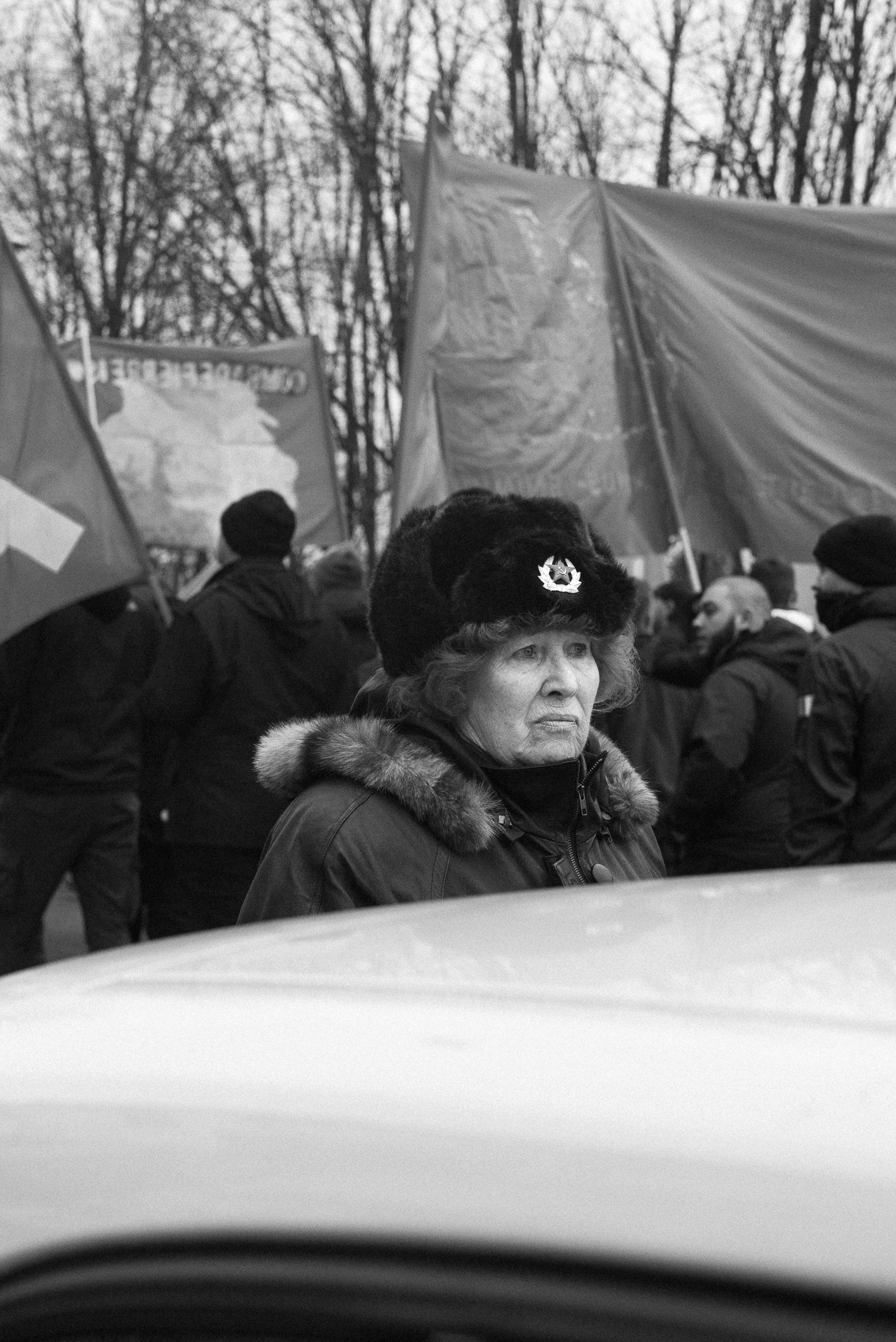 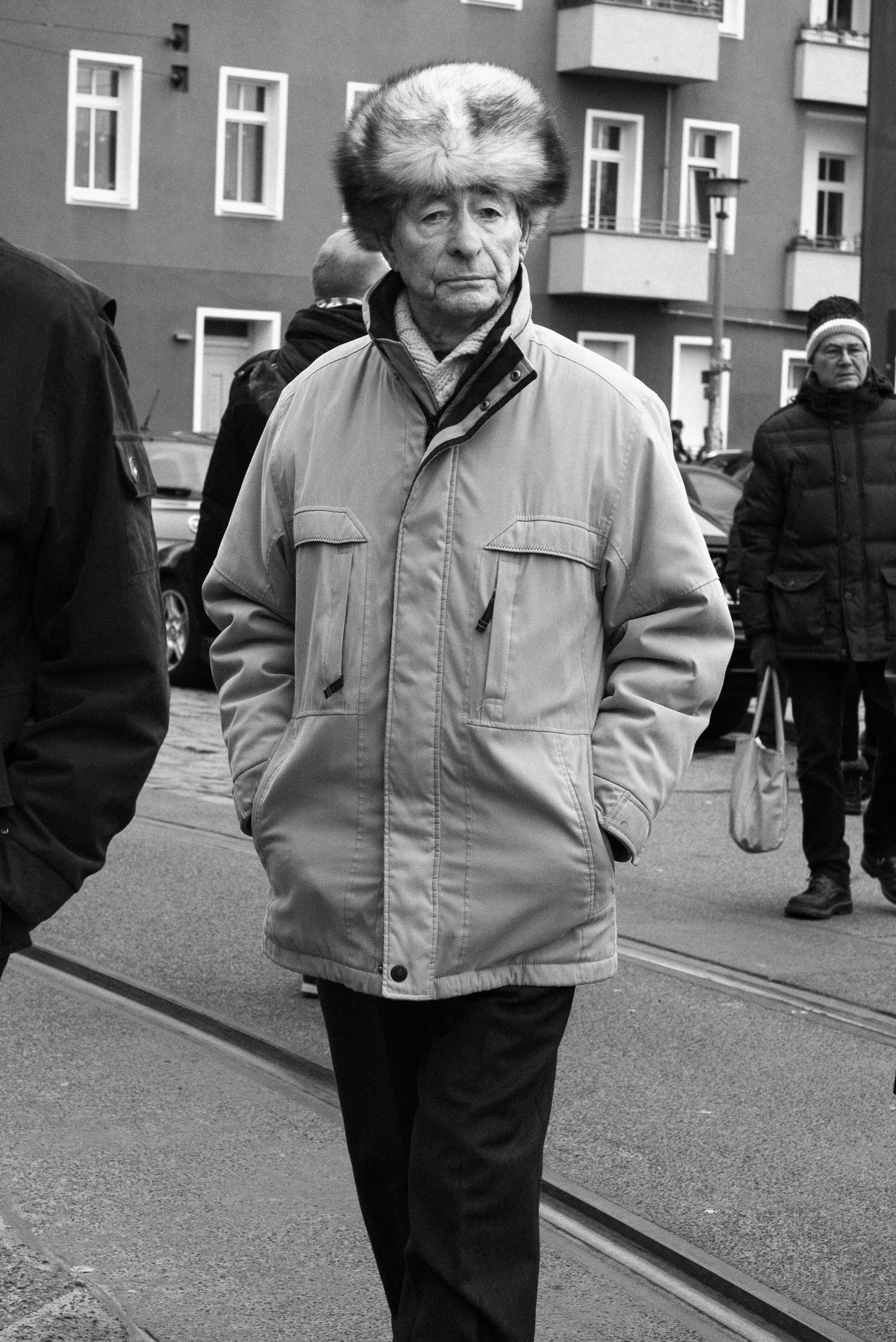 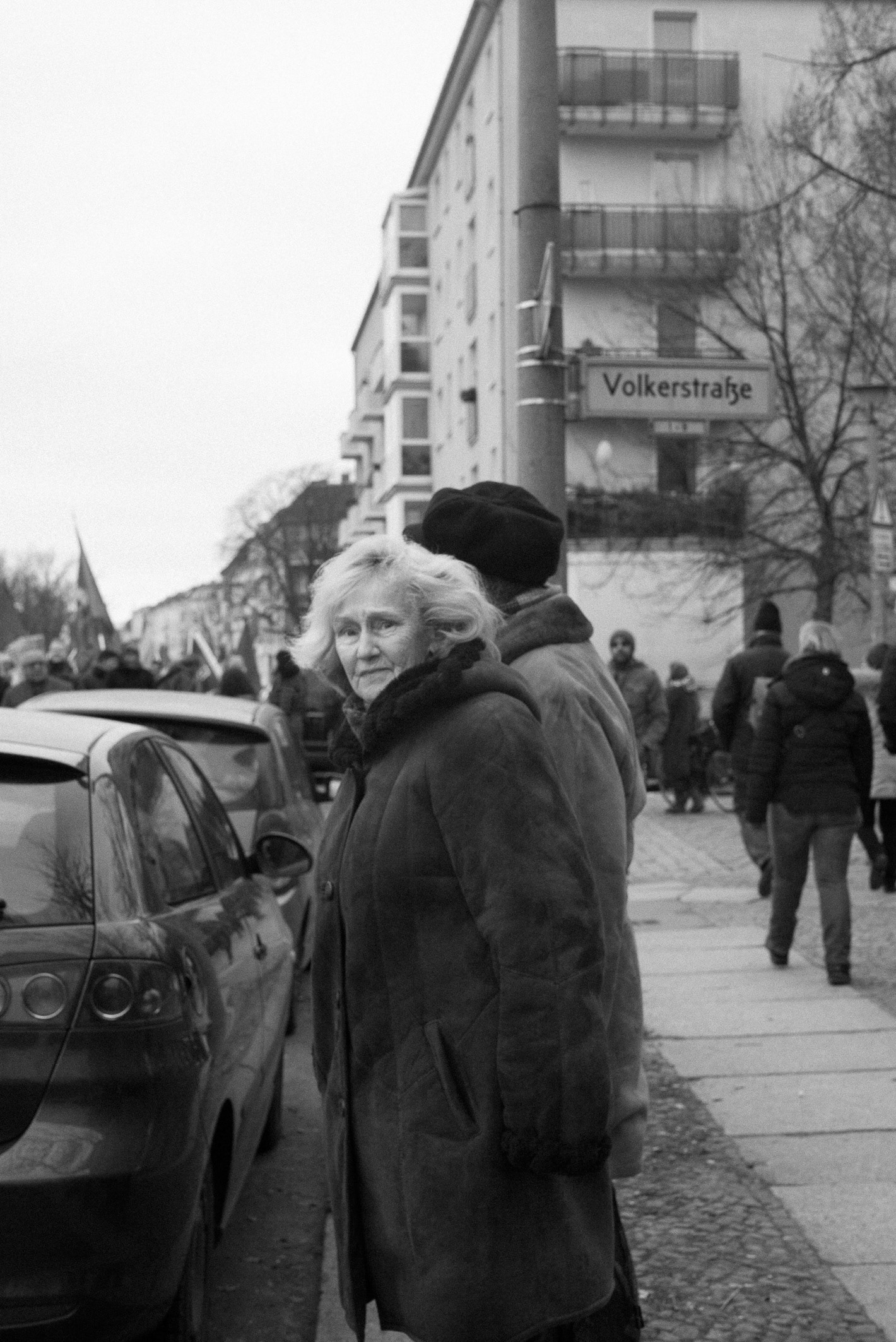 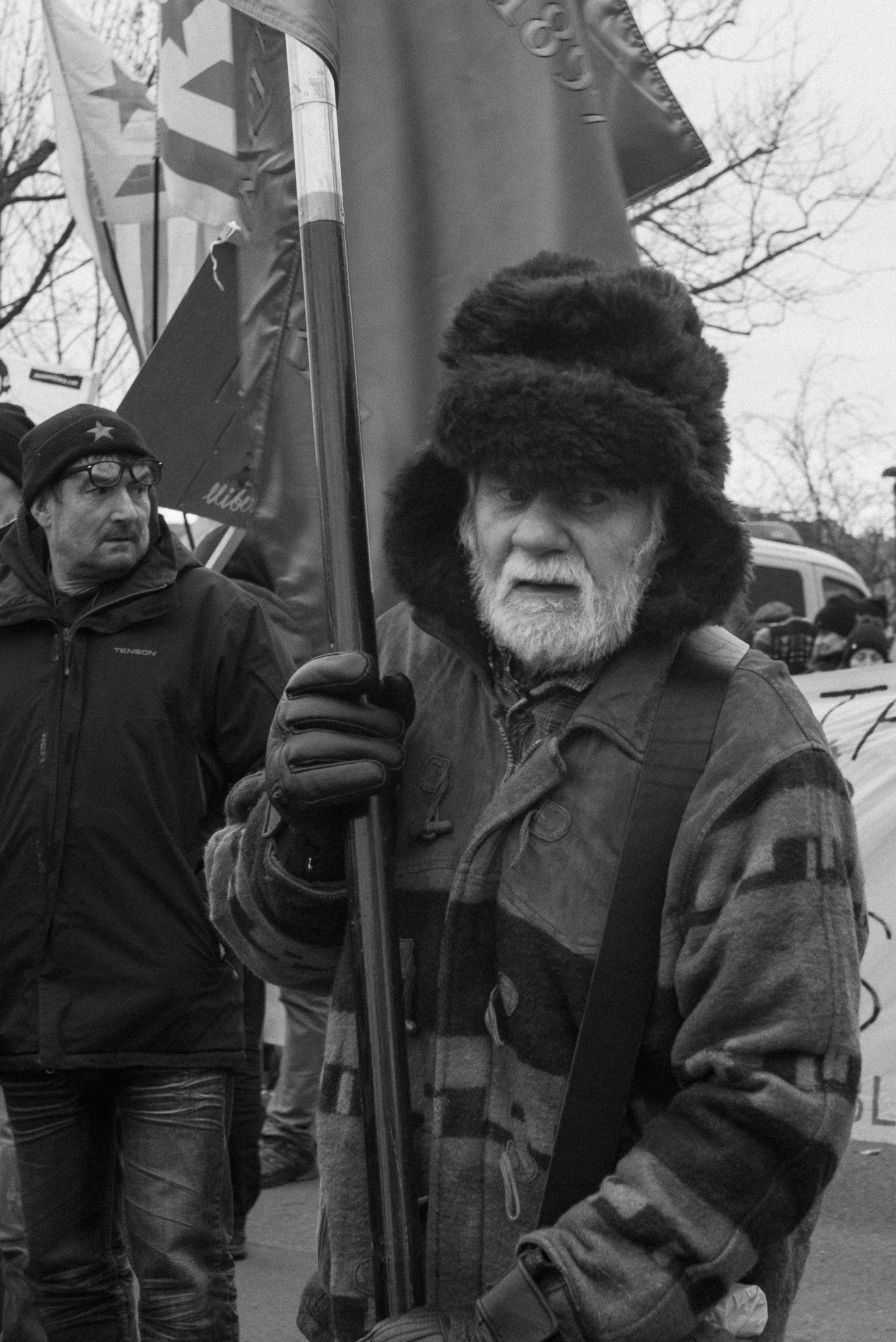 The 3rd part of this series, I called Parents of Revolution. It was made in 2018, while I lived in Berlin. This series got a prize held the beginning of 2018 by Neue Schule für Fotografie with Leica* cameras.
*The photos were taken with a Leica M Typ 240 mounted with a Summicron 50mm.

ABOUT PARENTS OF REVOLUTION: Their faces could be read like a book: each line telling us part of our own history. Their tired bodies, witnesses to past revolutions, bring the past into the present; their eyes reveal the awareness of their role in the on-going cycle of life.

I was impressed by the huge number of old fellows walking along with the crowd, wearing something red or carrying a red carnation. Their proud eyes, their attitude, conscious of having taken part in something big and important in the past. Their manner revealed that their idealistic souls were still intact. Their readiness to denounce the inequality of the world, and to fight against it as best they can, made an impression on me. It also revealed an interesting aspect about Berlin to me: these people in their seventies or older, slowly walking down the streets, had lived, witnessed and probably taken part in some of the most crucial moments in recent history. They are the people who believed that a revolution could change the world. Each one taking part in different causes, different revolutions, different actions; but they were there – as actors or witnesses. If I could speak with them, I would surely hear some great stories; but I don’t speak German. So I had to imagine their stories; and, in doing so, I put together a series of photographs featuring these revolutionaries. Candid shots in which I see, ask and answer the question: fighters from the past, who are you today?
see more : https://lfi-online.de/ceemes/en/blog/slideshow-fernanda-peruzzo-1520.html
BACK

Insert copy here, which should vary depending on your region. Accept